The plant receives sewage from a drainage area of over 9,200 hectares and is designed for annual average flows of 60 megalitres per day and serves an equivalent population in excess of 200,000 people.

All wastewater from the network is pumped into the Inlet Works. Removal of larger solid inorganic material such as paper, plastic, grit and silt, which are abrasive and damage plant equipment, also occur at these preliminary stages. 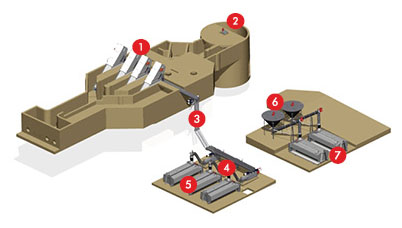 SPIRAC was asked to update the pretreatment area. To handle up to 2100 L/sec four traveling fine screens were installed. The screens work in an on and off-line configuration to prevent grit settlement upstream of the screens.

SPIROTAINER® units are capable of containment and road transport and therefore are a durable and efficient solution for wastewater treatment and materials handling. Retractable chutes between the press tubes and the SPIROTAINER® units reduce the chances of spills and leaks.

Given the proximity of the metropolitan areas, the entire system was designed to contain foul air. SANDWASHTM our grit washer and SPIROTAINER® our disposal unit was combined to treat and store the grit provided by a vortex grit cyclone. Two SANDWASHTM units make sure that the grit is cleaned prior to being deposited into SPIROTAINERs®. The washed and classified grit is directed to SPIROTAINERs® for disposal off site. SPIROTAINERs® have a nominal capacity of 10 m3 and two bins have been provided with weight cells for the grit treatment area.

Thank you for visiting us at IFAT 2022

We would like to thank you for your visit to our booth and the interesting discussions and hope that the fair was...

We are happy to invite you to this event and would be delighted to welcome you to our trade fair stand 115 at hall...

The reuse of wastewater has become essential to cope with water stress in Egypt. Bahr El-Baqar, will...

We’re proud to be a gold sponsor at this year’s Water Equipment Show in Telford, UK!

Five SPIROGUARD compact cleaner screens are being tested in our workshop in Australia before sending them...

Three large BANDGUARD screens tested and ready to be shipped

These large BANDGUARDTM screens have successfully past in-house testing and are ready to be...

Water Equipment Show in Telford on the 11th May 2022. SPIRAC is going to present equipment and... 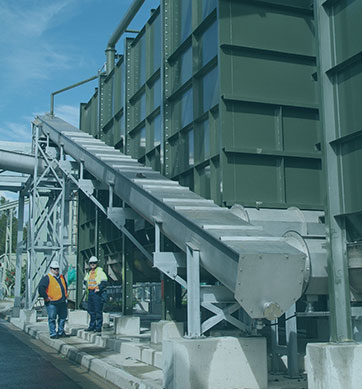